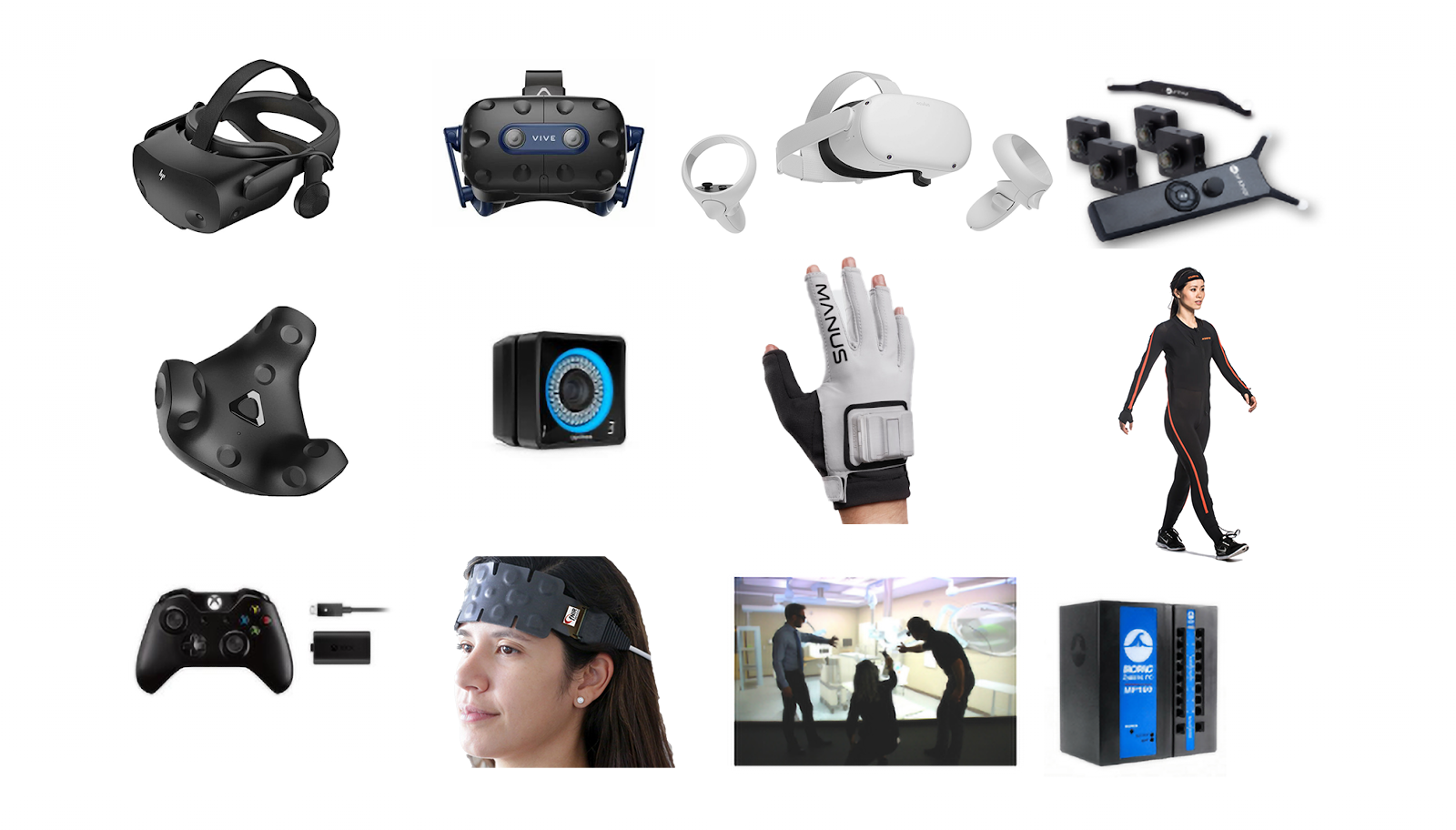 WorldViz presents its 2023 update to cost considerations for VR hardware, software and application development for scientists looking to start or upgrade their VR research lab.

We give you an overview and also show you typical examples of total system costs at different levels.  Whether you are just starting out and looking for the most cost effective way to get up and running or preparing to make a large investment to build a state of the art VR facility, this information is for you to get a successful start. For specific pricing information, or to discuss your project with our experts, please email us at sales@worldviz.com or request a quote. For technical details, please refer to How Do I Setup A Virtual Reality Lab?

What goes into a VR project budget?

When you pencil out what you will need for a proper VR project, there are some important building blocks to consider. First, will you be using a VR headset or a VR projection system, or both? Second, you’ll need a rendering computer with ample graphics capabilities, and possible wide-area motion tracking and other sensor systems such as eye tracking or biofeedback. Third, you’ll need VR software for creating and rendering your applications. Last but not least, you’ll want to think about your facilities, personnel, installation, training and support. Here is an overview of each component to give you an idea of what you may want to spend.

How to Decide which VR Headset is Right for You

In our experience we have seen the Oculus Quest 2, Vive Pro Eye and HP Reverb G2 Omicept Edition being the primary headset utilized by academic and commercial virtual reality labs.

The Oculus Quest 2 is the most cost effective solution and has the benefit of being able to run either tethered to a PC for high performance or independently as a completely wireless device, either with its own independent operating system (based off of Android) or by using Air Link, a wireless streaming solution for use in combination with a PC.

Here is a detailed breakdown of the specifications of these three primary headsets:

Varjo’s AR version of the VR-3

Full Projection Systems (including rendering computer and all supporting components)

Sensor is the hardware to record or input additional data about users or environment. It can influence an application directly or provide researchers with more context for participants. Sensors are use case specific and primarily utilized in research applications.

Motion capture technology can play an important role in both VR production as well as specialty VR research applications. For production, “MoCap” is a valuable tool for generating human avatar animations in the development of video games, training applications, social scenarios and more. For researchers, motion capture technology provides necessary data for extremity tracking applications in the fields of kinesiology, sports sciences, and neuroscience.

Some of the most popular professional motion capture system manufacturers include:

Pricing can vary but we would recommend budgeting at least $25,000 to cover hardware and software costs for a single user motion capture system.

Depending on research or presentation goals, your existing facilities might need to be modified somewhat to fit a VR lab or a demo room. Facilities cost can be as low as zero if a fitting room is already available. If re-modeling is needed, it can be a substantial budget, typically $10k to $100k.

At least one person is in charge and appointed to be the go-to person for any changes, updates or technical questions. We recommend a small team of 2 or 3 people fully or partially in charge of the VR system, specifically if they are used by a large group of users.

A small ready-to-use system like a laptop + VR headset or the WorldViz Vizbox does not require installation. It’s portable and made to work “out of the box”. Large systems like projection setups require substantial work. Installation cost also depends on location for travel cost and time.

Typical systems come with a minimum of ½  day training. For a group of new users, we recommend 1 ~ 4 days of on-site or remote training depending on system complexity and goals.

Most WorldViz systems come with a one year hardware warranty and Silver level support- access to a ticket based support system with less than 24 hour turnaround time. Extension of support agreements are dependent on complexity of the supported setup and hardware.

VR Application can be done in house or outsourced by hiring a company like WorldViz. Phases of VR development includes:

Assets can be purchased from Sketchfab, Turbosquid, Unity Store, 3D Warehouse and more. Many purchased assets require a clean up. Prices range from $10 ~ $1,000.

In house or hiring 3D artists for custom graphic development for conversion of CAD models to VR ready assets, Photogrammetry or traditional modeling by hand.

Cost for “soup-to-nuts” custom application development can vary widely. When existing resources can be used or purchased cheaply, the minimum cost for a from scratch projects can often start around $15,000. If art needed to be custom produced, a typical project costs between $50,000 ~ $100,000. Budgets can go up from there depending on requirements.