glTF is a Huge Deal for VR + AR. Here's Why We're Embracing It 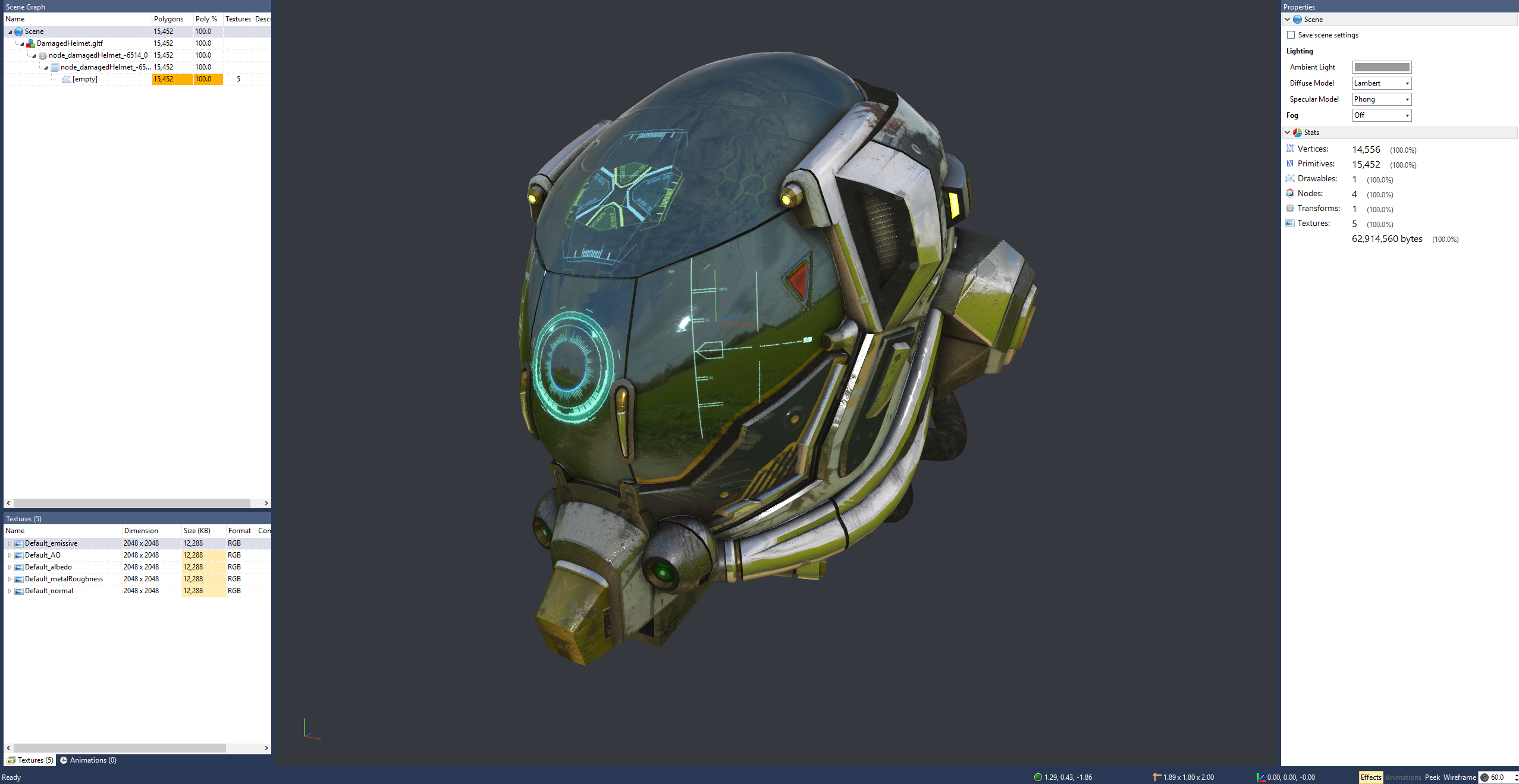 The landscape of 3D model formats has been woefully fragmented. Some 3D modeling tools only export to particular 3D file formats, and other creation tools only import certain 3D file formats. To make matters worse, some of these formats are proprietary and are difficult to use outside of a certain company's ecosystem of products. There are converters you can find to help you get from one format to another, but these are hit or miss and aren't always user friendly. For those buying models online, you're limited to the formats they provide, so buyers have to make sure that the other tools they plan on using support those formats.

Technical artists who have deep expertise with 3D model file formats know how to navigate around this space, but for non-technical creators the fragmentation of 3D file formats can be a huge impediment to rapid content creation. Enter glTF, an open source 3D file format that is getting broad support from both the grassroots creation community and some of the biggest technology companies. Read on to learn more about glTF and why we're embracing it here at WorldViz in our own products.

glTF was started by the Khronos Group, a non-profit focused on developing standards for 3D design, virtual reality, augmented reality, vision processing, and more. Here's how they describe it:

glTF™ (GL Transmission Format) is a royalty-free specification for the efficient transmission and loading of 3D scenes and models by applications. glTF minimizes both the size of 3D assets, and the runtime processing needed to unpack and use those assets. glTF defines an extensible, common publishing format for 3D content tools and services that streamlines authoring workflows and enables interoperable use of content across the industry.

The "jpeg for 3D" - sounds great, doesn't it? It's not the first time the industry has heard stuff like this, though, and I remember a lot of early skepticism about glTF when it was first getting off the ground. 3D file formats have come and gone, either failing to gain traction or just being one of many that further complicate the space - why would glTF be anything different? Well, let's take a step back and see how far glTF has come in the past year.

For one, some of the biggest technology companies that are driving forward immersive technology have embraced glTF. On Microsoft's page about creating 3D content for WinMR headsets, they say: "As glTF evolves as an industry standard for interoperable 3D content so will Microsoft’s support for the format across Windows apps and experiences." Microsoft is also behind a lot of the glTF conversion tools that let people export glTF models from 3D modeling software like 3DS Max and Maya.

Facebook now lets you bring 3D models into your Facebook timeline, and guess the one format they support? glTF. There are rumors that glTF importing will be coming to Facebook Spaces before too long, and Facebook is a frequent participant at glTF events and panels. They are also building tools to help people optimize their glTF models. Google uses glTF for many of the models on Poly, and they are also working on tools for glTF model optimization that can compress 3D models to a fraction of their original size. Mozilla has also adopted glTF as the native model format for webVR experiences created with A-Frame, a popular webVR development framework.

Sketchfab and Turbosquid, the largest repositories of downloadable 3D models on the web, have both adopted glTF as a downloadable format. Any model on Sketchfab is currently downloadable as a glTF (they'll convert it for you if you upload it as another format), and Turbosquid has recently detailed their plans for broad glTF support. Here is Khronos' overview of industry support for glTF. It's no small list:

One exception: it won't surprise some people that Apple isn't on this list. Apple has apparently put their support behind the somewhat obscure file format USDZ, but it remains to be seen how dedicated their support for this format is and whether they will adopt others like glTF in the future.

At WorldViz, we want to be a part of the community helping to drive glTF forward, and we want to make sure our own VR creation tools let users take advantage of glTF. Our support for glTF starts with Vizard 6, the newest version of our Python-based VR development engine for the R&D community. In Vizard 6, you can now upload glTF models into your projects. These glTF models can have PBR (physically based rendering) materials for brilliant, realistic rendering. One of the artists on our team, Mike Nicolayeff, had this to say about glTF:

"GLTF is an easy to use format that is quickly becoming adopted as a new standard for transfer formats on multiple platforms. It accomplishes 90% of what we do with our native exporter, but with a much simpler interface, and is built to fully embrace the modern material standards needed for Physically Based Rendering (PBR)."

This is just the beginning, though. We also plan on bringing glTF support to Vizible, our no-coding VR creation and conferencing tool. Since most Vizible users aren't developers or technical artists, providing them with the simplest flow for creating or finding 3D models that they can bring into their VR experiences will be incredibly valuable.

In order for the VR + AR industry to thrive, we need to work together to lower the barriers for creators. Right now, the complicated 3D model hellscape is an unfortunate barrier. Adopting glTF is a step in the right direction, and we're excited to take our first step with glTF with Vizard 6 and, in the future, Vizible.