Publish Vizard VR Applications to the Steam and Oculus Stores 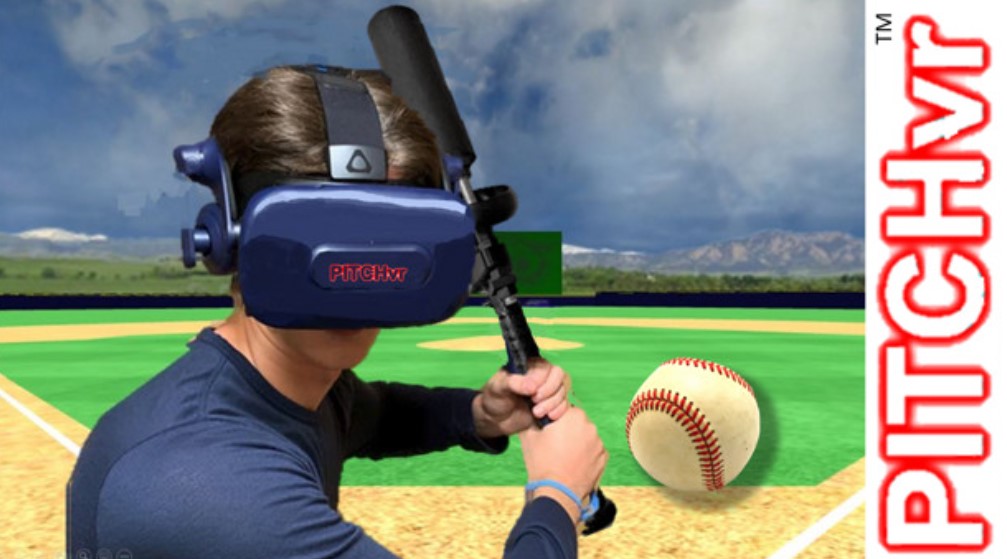 Attracting millions of VR users, the two most popular VR stores are easily accessible to Vizard application creators. We review successful examples of Vizard applications published to the Steam and Oculus stores.

Please also read our Tech Tip on this topic here!

With the Vizard VR software for researchers, it only takes a few simple steps to publish your application to the two most popular store platforms available today. Browse the “Simulation” category in the Steam store by Valve or the “Apps” category in the Oculus store by Meta to get a sense of VR applications created beyond games. Here are examples of published applications by scientists using Vizard for their research.

Published to the Steam store, PITCHvr™ Vision is a science-based virtual reality training system created with Vizard for serious baseball players who want to improve their batting skills. The patented Perceptual Image Trainer for the Complete Hitter in the virtual realm is a baseball “virtual batting practice” system developed by Dr. Mark A. Jupina at Villanova University. It supplements on-field training for serious baseball players to develop and hone vital batter skills such as pitch type recognition, strike zone location recognition and pitch trajectory. PITCHvr™ Vision uses staircase adaptive training to optimally advance the player’s skill level, and reports on their hitting performance over time.

Take a look at how the Vizard based training application PITCHvr™ is presented at the Steam store.

“PITCHvr will allow batters to see more pitches and hone their pitch recognition abilities, while at the same time providing an opportunity for the Villanova research community to design new systems,” said Dr. Jupina. “This will lead to a better understanding of how to further enhance a player’s vision training experience.”

PITCHvr™ Vision has been released in three stages: the main application which includes the high school skill level of play is available for $39.95; the remaining two skill levels (college and pro levels) are downloadable content add-ons priced at $20.00 each.

World premiered at the Tribeca Film Festival, “Becoming Homeless: A Human Experience” is a Vizard application published both to the Steam and Oculus stores. Take a look at how “Becoming Homeless” is presented at the Steam store. Stanford researchers found that people who underwent the “Becoming Homeless” virtual reality experience, were more empathetic toward the homeless and more likely to sign a petition in support of affordable housing than other study participants. People who saw in virtual reality what it would be like to lose their jobs and homes developed longer-lasting compassion toward the homeless compared to those who explored other media versions of the VR scenario, like text. “Experiences are what define us as humans, so it’s not surprising that an intense experience in VR is more impactful than imagining something,” said Jeremy Bailenson, a professor of communication and a co-author of the paper.

In “Becoming Homeless,” a narrator guides participants through several interactive VR scenarios that would happen if they lost their jobs. In one scene, the participant has to look around an apartment to select items to sell in order to pay the rent. In another scene, the participant finds shelter on a public bus and has to protect belongings from being stolen by a stranger.

To learn more about how you can publish your own Vizard application at the Steam and Oculus stores, please read our tech tip about this topic, and contact us at sales@worldviz.com.