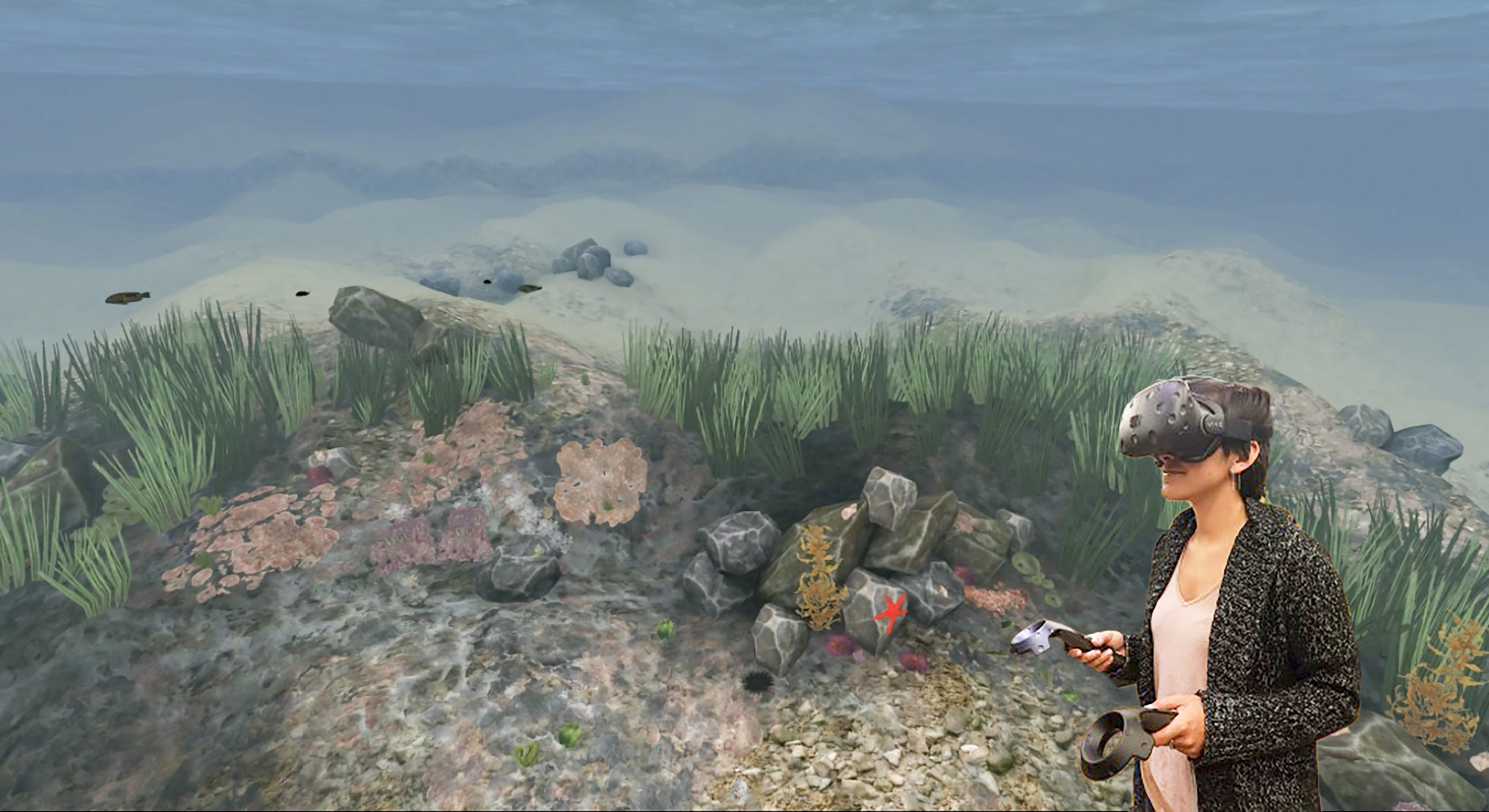 Stanford, one of WorldViz’s long-standing academic partners, is at the forefront of scientifically proving that virtual reality can change human behavior.

For over a decade, WorldViz has collaborated with Stanford on VR content creation, and equipped Stanford’s Virtual Human Interaction Lab (VHIL), with high-end virtual reality technologies and applications utilized in many of Stanford’s communications and social interaction research studies.

Today, we are excited to share Stanford’s most recent virtual reality simulation leveraging the transformational and educational powers of VR to spread awareness of the pressing issue of global climate change. Released today on Steam VR and Viveport, the VR Ocean Acidification Experience, a free science education tool, gives a visceral immersive experience of the science behind ocean acidification, taking the user on an interactive guided field trip of ocean life, substantiating what exactly is at stake. The VR app provides a unique opportunity for people around the world to gain empathic understanding of ocean conservation and be inspired to take action toward prevention.

“WorldViz has played a central role in this endeavor” explains Professor Jeremy Bailenson, Director of the Virtual Human Interaction Lab. The Ocean Acidification Experience is built on the WorldViz VR development platform, Vizard, providing users with the tools necessary to build  VR simulations and deploy them on any VR hardware platform (HTC Vive, Oculus, Google Daydream) – now and in the future as VR hardware platforms continue to emerge. For this project, WorldViz also provided custom 3D content development.

We can’t wait to see what Stanford does next, and we look forward to supporting Jeremy and his team in their scientific VR endeavors in the years to come.